The Port of Salerno 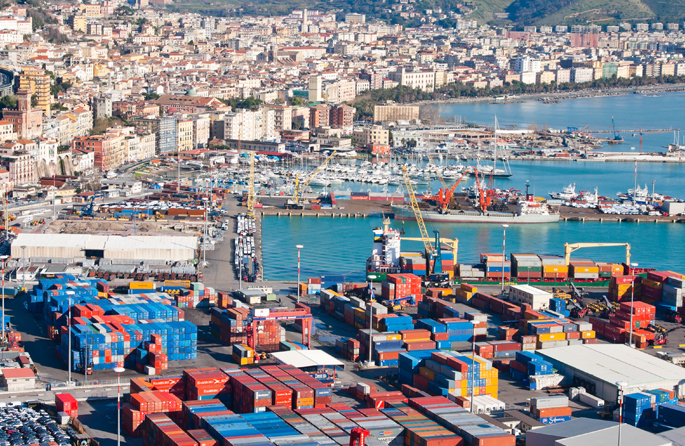 The huge investments in infrastructure, the favorable geographical location and efficient management make the Port of Salerno the  excellence of Italian ports, establishing itself as a strategic hub of international trade links.

The Amoruso Group manages about 25% of the total area available for handling and storage of goods and 85% of the total volume of the warehouses there. The port is connected to the A3 through a road link (via Alfonso Gatto) that prevents the movement of goods crossing the city. In 2012 it was approved the project Salerno West Gate, through which the port will be connected to the junctions of the Napoli-Salerno to Cernicchia. Thus it plays an important role in the service of industrial and commercial system in Campania, with a consumer that includes the entire southern Italy.

The location of the port between the Amalfi Coast and Cilento, the parthenopean islands, the archaeological areas of Paestum and Pompeii, makes the maritime station an ideal destination for trafficking, not only commercial, but also cruise. The city administration commissioned architect Zaha Hadid the task of creating a cutting-edge maritime station, destined to become one of the symbols of Salerno. The work was completed in 2013.

In 2010 in Lisbon the Port of Salerno is named best European port for handling freight and passengers than the space available. In addition, the European Commission expressed deep appreciation for the safety of the port of Salerno and selected it for a continental conference on security in the port area by presenting their Port Security Plan. It was present at Expo in Shanghai (2010). For years the port participates with its own stand at the Cruise Shipping in Miami. Since 2013 it is between the 319 ports considered “key” from the EU. The harbor will provide services related to the cruise traffic which: Porter service, information desk, taxi and car rental, a shuttle service to the city center, popular bars, boxes for travel tourism and maritime area customs controls, finance and police over a space for artistic events.

Set at the edge of the city, the Port of Salerno has easy access to both the motorway junction to the train. It is well connected by the road and motorway network, the logistics platform of Nola-Marcianise, under construction in Pontecagnano-Battipaglia and the Airport of Capodichino (Naples). It is functionally connected through a feeder service, with all the transhipment ports of the Mediterranean and, in particular, with the port of Gioia Tauro and the ports of the Tirreno with whom is a highly efficient logistics system.

By port facilities with direct access to the viaduct, which leads to the A3 (Naples-Salerno-Reggio Calabria), and then the motorway Salerno-Avellino that is channeled on the A16 (Napoli-Bari) exit for Benevento and Foggia and A30 (which links Salerno to Nola and Caserta and then joins the Naples-Rome). In addition there is a road axis scroll (Salerno ring road) connecting, avoiding the city center, the motorway junction with the town of Salerno Pontecagnano, and running through the entire industrial area of ​​Salerno.

The Master Plan of the Port of Salerno

The commercial port of Salerno is registered in the class of II category ofnational Seaports (Interministerial Decree of 22/07/1975). The port of Salerno (writing in the class II category of Seaports national Interministerial Decree of 07/22/1975) has a General Plan approved by the Civil Engineers and with inter-ministerial decree in 1974. In 2010 was approved a project for the adjustment of the Port to dimensional standards of the new generation of ships, which require water depth of up to 14 m deep.
It provides, with respect to the Plan in force, the construction of harbors such as enlargement of the port entrance and extension of the breakwater, the depth of the seabed port, the extension of the Molo Trapezio and Molo Manfredi.

In September 2011 were funded 73 million Euros for the adaptation to the new demands of the commercial traffic and cruise under the “Major Projects”. The Great Project of the Port of Salerno includes the execution of works being designed such as changing the port entrance with expansion, consolidation of the Molo Trapezio Ponente (380 m long) and the head of the Molo Trapezio (100 m long ), the excavation of the portual seabed, indispensable activity in order to allow the entry and the maneuver in safety conditions, in commercial ships of new generation that require water depth of up to 14 m.

Other works of the Plan are the construction of new mooring posts at the Molo Ponente, the construction of the new headquarters of the Port Authority, the project called the West Gate and the road system with a tree-lined street. Such adjustments, which have already been realized for most covered financially by European funds managed by the Port Authority, provide the necessary infrastructure for port operators, shipowners and all those who use the port of Salerno, and allow them to develop in the next two decades. 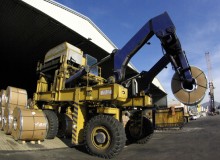 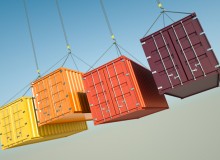 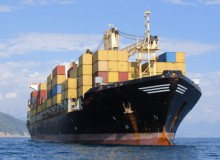 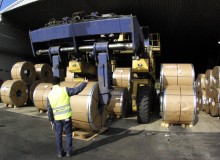